“There’s really no such thing as an ‘old’ movie—just wonderful films you may not have discovered yet.”

I fell in love with movies at a very young age. Because the Disney villains of the ’90s terrified me, much of my childhood was spent watching “old” films like Singing in the Rain, National Velvet, and The Sound of Music. As I grew older, my parents also introduced me to modern classics like Back to the Future and A League of Their Own. I also began watching behind-the-scenes featurettes and became addicted to movie trivia, and to this day I share “useless information” about movies with anyone who will listen.

My fascination and respect for film as art and artifact developed when I took film courses as a student at Ball State University (Class of 2015). I was exposed to silent and international cinema, as well as films from genres and filmmakers I had never explored. Films I wouldn’t have sought out myself have become some of my all-time favorites, and as a result I try to be more open-minded about the films I choose to see, whether they were released today or 100 years ago.

A good movie is a good movie regardless of when it was made, so my goal for this blog is to share my love of classic movies and to inspire others to explore their own uncharted cinema territory. I’m partial to movies from the 1930s-1950s, but I write about movies from any decade, including the present, that draw my attention. Because every film is influenced by something that came before it, I also discuss films and artists as they relate to those who’ve inspired them.

If you have comments, suggestions, or questions, feel free to leave a comment on the blog or send me an email at CinemaCrossroads@gmail.com. You can also find me on Twitter, where I frequently join the fun of live tweeting films playing on Turner Classic Movies at #TCMParty.

I’m excited to connect with you and make new discoveries together. Happy movie watching!

I have no chill when it comes to movies, especially the classics. I watch TCM like it's my job. Former FilmStruck researcher. Current indie film festival programmer. 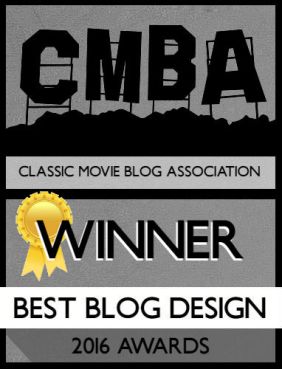